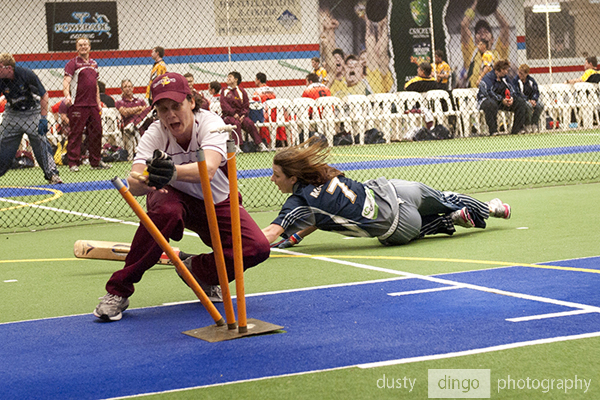 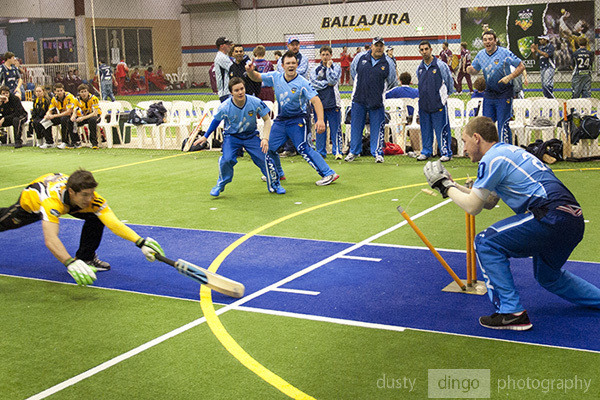 April 2021. We are still working hard at revamping the layout and content of the site, and have moved it to a mobile-friendly platform. And we are doing all the recoding etc ourselves . . . so please ignore all obselete references to the defunct Australian Indoor Cricket Federation (AICF), such anomolies will be corrected as we work our way through the site. Thank you . . . now, back to the rules . . .

These are the rules in use around Australia, most affiliated (with the World Indoor Cricket Federation . . . cough . . . ) countries, and officially sanctioned international matches and tournaments.

The rules I mostly concentrate on here are those directly relevant to players, umpires, and those seeking to inform themselves of the sport.

All the rules below were included in the "official" AICF rulebook, and it looks like they're still in use even though Cricket Australia has taken over the running of Indoor Cricket (after years of decrying Indoor Cricket as a bad thing for "real" cricket players).

For cross-referencing ease, I have arranged and numbered the rules below to match the AICF rule-book, and surprisingly that matches the new rule books . . .

Note: a couple of terms which will crop up often in the following pages may need explanation.

"Off" side and "On" side - definitely not to be confused with the football terms.
The ON, or Leg side (not to be confused with leg-side wides either) is the side of the pitch behind the batsman when the batsman is standing ready to receive the bowled ball. That is, if a right-handed batsman looks down the pitch toward the bowler, the Leg or On side is the half of the court to the batsman's left of the pitch.
The Off side is the other side of the court.
So a batswoman playing a shot "to leg" or "to the On side" is hitting the ball into the left side of the court. If she plays an "Off" drive, she has hit the ball to the right side. For left-handed batswomen, the reverse applies. 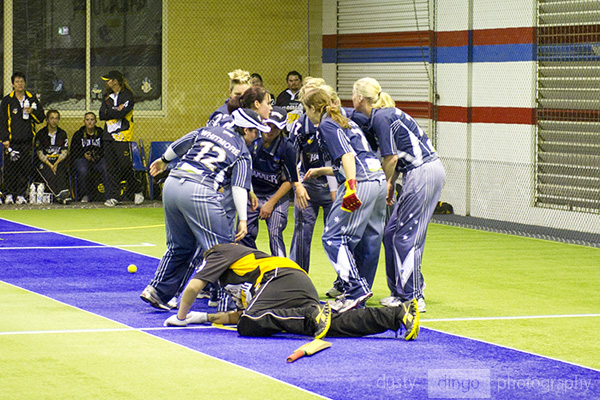 And one other little point - indoor cricket is played by both males and females. Therefore the term batsman as a general term is inaccurate. However, "batters" play softball and baseball, and I'm talking about cricket. Therefore, I ask the female reader's indulgence and tolerance when I use the male form when describing aspects of the game. "He/she" is clumsy, "batters" just plain wrong, and "batspeople" too silly for words. As part of the revamp of the site, I am going through and making some examples relevant to male players (he does this, the batsmen do this) and some relevant to females (she does this, the batswomen do that). But until then, indulge and tolerate? .... thank you.