Lorem Ipsum is simply dummy text of the printing and typesetting industry.

Lorem Ipsum has been the industry’s standard dummy text ever since the 1500s. 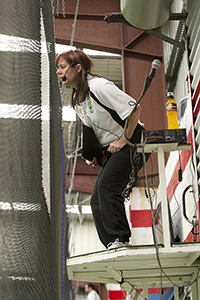 And now, a look at Umpires and all that they do - and to be honest, they really do heaps. Worthy of their own dedicated page methinks.

First we've got the actual rules pertaining to a game's umpire, then some discussion on umpiring, tips and tricks, and how to make yourself into a better umpire.

A. Before each game, an umpire will be appointed. The umpire's official role, according to the AICF, is "to adjudicate the rules of the game with absolute impartiality". Not a problem.

B. Despite wishes to the contrary, teams will of course have no say in the appointment of an umpire for their game. Umpires can try to talk management out of giving them particular teams to umpire, but that's another story (and it goes on behind the scenes, so no-one is the wiser). Further comment on that particular point later this page.

C. The AICF tells us that "the umpire may only be changed at the discretion of the duty manager or tournament organiser" - under what conditions this would occur it doesn't say, but I can only imagine it would be if a team complained long and loud enough. I should add, finding a team which hasn't at some time complained about an umpire is no easy task .... ... .. . but anyway ....

D. The umpire's decision during a game is final. Despite the apparent belief of many players, no dispute, written or otherwise, will alter the result. Nor will dispute or dissent alter a decision, no matter how long and loud.

E. The umpire will of course be the sole judge of everything he/she has to adjudicate on, including fair and unfair play.

F. The captain of the fielding side or the batsman at the wicket may seek explanation of an umpire's decision. Once the umpire has given his/her explanation, further talking to, at or about the umpire or the decision may be penalised.

Okay, all the above seems simple enough. And the rules are fairly simple, and easy to learn.

Having played and umpired this game since its earliest days, I believe I have at least part of the answers to the above, and some tips to help anyone become a better umpire .......

The most common weaknesses in an umpire's performance

2. an apparent lack of knowledge of some of the rules

4. guessing, and giving decisions based on those guesses

5. anticipating the outcome of a play

6. not watching the whole game

7. being unduly influenced by the loudness and confidence of appeals

8. inconsistency, especially in judgement of run-outs, wides and no-balls (too high).

10. lack of, or weak excuses for, hand-signals

11. lack of explanations for unusual or unexpected decisions

... and a little discourse on the possible role of humour in umpiring.

Click here for my explanation and tips to overcome these weaknesses

invited to officially photograph the Indoor Cricket Masters and Under 18 World Cups in Christchurch, New Zealand in . . ..